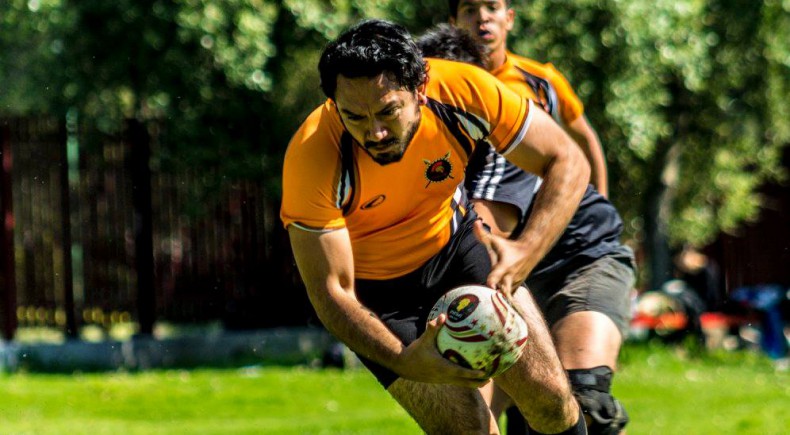 The recent recognition for USA Rugby League as a member of the RLIF is not the only piece of good news emanating from that continent. There is a heady mix of new activity, solid growth and exciting high performance all leading us to believe that the dream of establishing Rugby League across North and South America is rapidly becoming a reality.

Let’s start with one of the newer developments. Mexico Rugby League is in its infancy but has already shown what can be achieved by good organisation, enthusiasm and determination.

Currently three teams, representing Guadalajara, Izicalli and Federal District of Mexico City are contesting the inaugural Mexican Championship. The Black & Blues, Spartans and Silverbacks have been competing over the Christmas and New Year period with the Silverbacks picking up the win in the first tournament.

There are also ambitious plans to spread the game using the Nines format with a further 5 teams committed to playing in that competition. All of this action will lead to the selection of Mexico’s first international squad later in the year.

Across the Caribbean, in Jamaica, the remarkable growth of the sport continues. There are now 57 active teams covering the spectrum from primary school age to the senior teams playing in an incredible nine different competitions.

Regional Development Manager, Romeo Monteith, understands that the growth has been even more special because of the tough economic times.

“Our aim is to maintain the current level of activity in difficult economic times while expanding to new schools that show an interest in the sport. We are really hoping to attract more interest in the parish of St. Mary which currently has only one high school team. The current structure needs an injection of corporate support that has been severely lacking, however, we are confident teams will continue to play rugby league despite the difficult economic conditions.”

“Our biggest project in 2015 is the World Cup Qualifiers and we want to compete well against the USA and Canada who are both ranked higher than we are. A Canadian U19 team had expressed an interest to visit us in Jamaica so that would be fantastic if it occurs.”

In Canada, the ambitions of Canada Rugby League appear to hold no bounds as Eric Perez and Cory Tukeli strive to build upon their impressive international programme, a growing domestic competition and the promising junior activity based in British Columbia. They have recently visited the UK to continue their discussions about the development of Rugby League in Canada with more up-dates expected very soon on the international programme, club competitions and the Rugby League World Cup plans as they all take full shape.

Down in Florida, the Axemen are building upon the recent training camp held there by Super League giants Leeds Rhinos.

It was a project greatly welcomed by Spinner Howland, who has been at the heart of Rugby League Development with his colleagues for many years. He explained some of the benefits gained from the Leeds Rhinos visit

“It again showed their true commitment to help grow Rugby League in developing countries. The culture that has been developed within the Leeds Rhinos from top to bottom is one that embraces the global growth of the game, and they are happy to use their success as a well-known brand to help shape that growth. Their willingness to take two Americans into their training camp is another huge commitment, and a massive boost to giving players a look at the opportunities that exist within Rugby League. Their impact on the game in Jacksonville has been one of the biggest success stories of our 10 years history, and of course their partnership to help grow the game in Atlanta by using the Rhinos name, is a great way to foster international fan growth through both the Rhinos and Rugby League names.”

The continued and unprecedented growth of Rugby League across the continents of North and South America is encouraging for all who believe that Rugby League should know no boundaries and it demonstrates that enthusiasm, skill, resilience, organization and determination, the mainstays of the sport, are well represented amongst the pioneers dedicated to developing Rugby League across the globe. 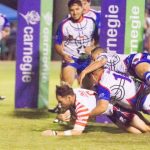